In Junk Justice, I wrote about statistical outcomes of lawsuits filed by large debt buyers in Maryland.  Based on my study, the years 2009-2011 had a combined total of over 121,000 cases filed by the sample group of large debt buyers in the District Court of Maryland. But now, the picture is different.  We see a consolidation in the industry, and a drop in the number of filings. 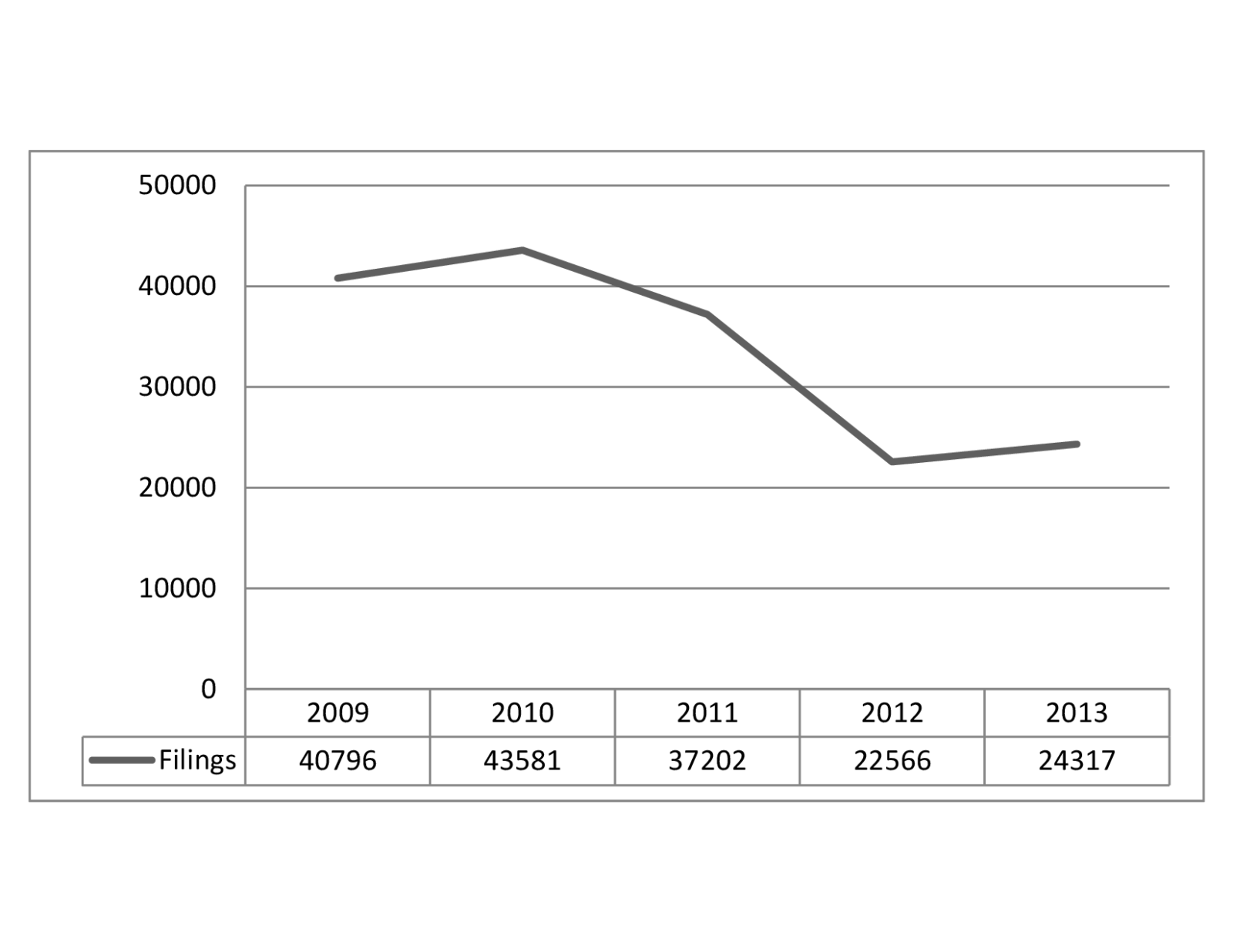 Debt Buyer filings have declined since their peak in 2010

In Junk Justice, I looked at a group of the largest debt buyers in Maryland.[1] Maryland’s Judiciary Case Search makes it possible to find out how many cases these debt buyers filed in a given period of time.[2]

Debt buyer litigation has changed in important ways over the past few years. The most notable feature in Maryland is industry consolidation. In its most diverse year, 2010, no debt buyer had more than 25% of the cases filed and there were several small but substantial players. In 2013, 67% of these cases were filed by just two debt-buyers: Midland Funding (40%) and Portfolio Recovery Associates (27%). The third largest debt buyer in 2013, Asset Acceptance, was recently acquired by Encore, Midland’s parent company. Only 4 other debt buyers filed more than 1% of cases: Pasadena Receivables/Maryland Portfolios (4%), Credit Acceptance (6%), Cavalry Portfolio Services (7%), and CACH, LLC (4%).  Although debt buyer litigation is now more concentrated, the key players remain the same.  See the chart below. 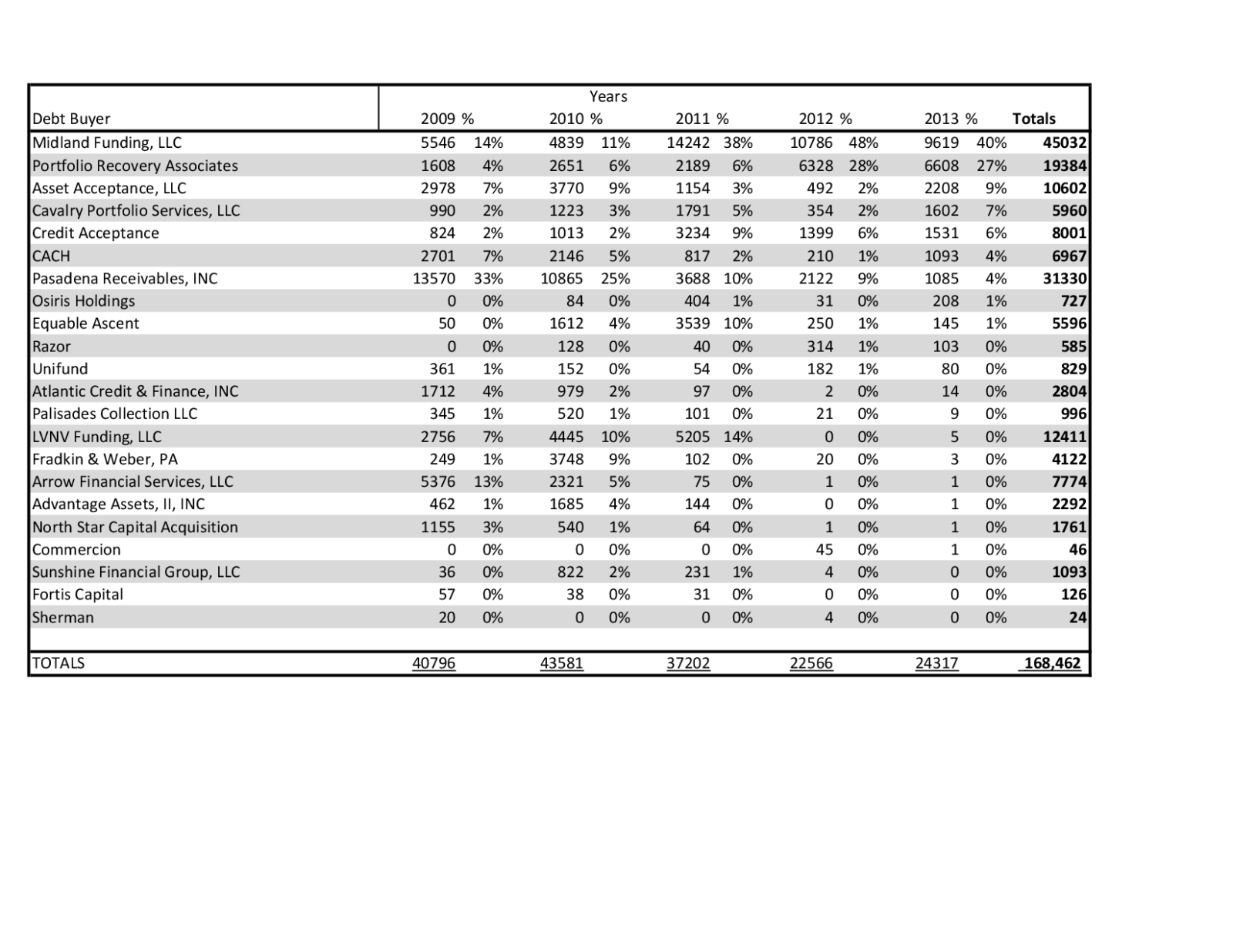 While a few large debt buyers remain, many that were active in 2010 have now vanished.

In short, the bulk of debt-buyer litigation in Maryland filed through 2013 was brought either by Midland Funding or Asset Acceptance (both owned by publicly traded Encore), or by Portfolio Recovery Associates. Most of the debt buyers active in 2009-2011 have now almost completely ceased filing, with no more than a handful of cases in 2012 and 2013.

2012 appears to have been a key year for these changes. New rules regarding debt buyer lawsuits became effective on January 1st, 2012, resulting in a significant shift in filings: In late 2011, debt buyers rushed to file, in the early months of 2012, filings dropped. Since 2012, filings have increased year on year, perhaps showing increased confidence in the ability of the industry to continue filing suits and getting judgments.

A few large players have grown while most have shrunken

[2] The search was limited to District Court cases in which any given debt buyer appeared as the Plaintiff.  Maryland Judiciary Case Search will return a maximum of 500 cases at a time, so for larger debt buyers it was necessary to search periods less than a whole year, and then add up the number of filings for all the periods.