Can a Debt Buyer Prove They Bought Your Debt?

The debt buyer in Ramsdale, LVNV, showed that it bought a portfolio of debts from Bank of America, providing bills of sale showing the assignment. However, the only evidence showing that the defendant’s account was part of that portfolio was an affidavit produced by LVNV. The affidavit was said to be based on “business records” but LVNV failed to provide those business. The Colorado Court of Appeals found that the affidavit was not enough: the records had to be produced.

The Bill of Sale and the Declaration did not mention Mr. Ramsdale or his debt. They referred only to “Portfolio 18129” – a bundle of credit card debt. Those documents referred to “exhibits” and “schedules” which listed the accounts in the portfolio, but those documents were not attached. Often, debt buyers provide these exhibits, redacted down to a single line, showing the defendant’s alleged account, however, in Ramsdale, LVNV failed to do so. The only evidence that Mr. Ramsdale’s debt was part of Portfolio 18129 was the Sowell Affidavit. The Sowell Affidavit said

Based upon the business records maintained on [Mr. Ramsdale’s account], which are a compilation of the information provided upon acquisition and information obtained since acquisition, the Account is the result of the extension of credit to David Ramsdale by Bank of America . . . [s]aid business records further indicate that [the] Account was then owned by Bank of America, that Bank of America later sold and/or assigned Portfolio 18129 to Plaintiff’s assignor which included the Defendant’s Account 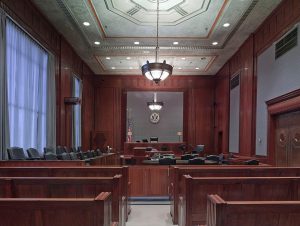 Mr. Sowell did not claim personal knowledge that Mr. Ramsdale’s account was part of the portfolio – he relied on business records which were not produced by LVNV. Mr. Ramsdale complained that this was contrary to Colorado’s rules of procedure, arguing that LVNV should have provided the records that showed his account was in the portfolio.

We do not agree with the district court. Sowell’s averment in the affidavit was “[b]ased upon the business records” as establishing that Ramsdale’s account was part of the group transfer. Although LVNV attached assignment contracts for a group transfer of accounts — the Declaration and the Bill of Sale — and Ramsdale’s credit card statements, none of these documents identifies Ramsdale’s account as one of the accounts being assigned in the group transfer. See Struble, 172 P.3d at 955-56 (disregarding references to the substance of an insurance policy that was not attached); C.R.C.P. 56(c).

[T]he assignment contracts refer to “Schedule 1” and “Exhibit A” as other documents that identify the loans that are part of the group transfer. But neither of these referenced documents are attached to the affidavit. Thus, because LVNV referred to, but did not provide, these other documents, or any other evidence showing that Ramsdale’s account was part of the group transfer, we conclude that LVNV did not establish that no genuine issues of material fact existed as to whether it had been assigned Ramsdale’s account.

However, LVNV’s failure to provide sufficient evidence was not enough to grant summary judgment against LVNV:

Giving LVNV the benefit of all favorable inferences about its status as an assignee that can be drawn from this evidence, we conclude that the district court properly denied Ramsdale’s motion for summary judgment.

What About a Debt Buyer in Maryland?

The decision in LVNV v. Ramsdale depends on the Colorado court rule governing summary judgments C.R.C.P. 56(e) and as interpreted in Struble v. American Family Ins. Rule 56(e) requires documents referred to in an affidavit seeking summary judgment to be attached to the affidavit. Struble says that if documents are not attached, the court must ignore their substance.

In Maryland, the rules are different. In the Circuit Court, the summary judgment rule (Rule 2-501) does not require copies of documents to be filed. However, Rule 2-311(d) is a general rule that “[a] motion or a response to a motion that is based on facts not contained in the record shall be supported by affidavit and accompanied by any papers on which it is based.” (Emphasis added.) Although there are many Maryland cases about failure to provide any affidavit at all when making a motion, none directly address the issue in Ramsdale or Struble. The nearest is Sonnenberg v. Security Management. In that case one party failed to attach an important contract to its affidavit. However, the other party then quoted a portion of the contract. The Court of Appeals considered the paragraph as an “admission of a party opponent”. This implies that, unless admitted, the terms of the contract could not have been considered because of the violation of Rule 2-311(d) – same outcome as in Ramsdale and Struble.

Most debt-buyer lawsuits in Maryland do not pass through the Circuit Court’s summary judgment process, instead they are dealt with under the District Court’s affidavit judgment rule – Rule 3-306. That rule is very specific about which documents a debt buyer like LVNV must attach. There is no blanket rule like C.R.C.P. 56(e) or Rule 2-311(d) requiring documents referred to in the affidavit to be attached. However, Rule 3-306(d)(3)(B) requires a copy of a bill of sale showing that ownership was transferred to the debt buyer to be attached. Although it is not explicit that the document must include mention of the specific debt the debt buyer claims to own, a note from the Rules Committee (which drafted the rule) clarifies:

In other words, debt buyers in Maryland, as in Colorado, must include something with a specific reference to the debt sued upon, at least to use either affidavit judgment (in the District Court) or summary judgment (in the Circuit Court).

Finally, it is worth noting that the facts in LVNV v. Ramsdale are similar to those in Midland Funding v. Austinnam – a New York case in which a debt buyer and its attorneys were fined by the court for persistently failing to provide just the kind of document that was missing in Ramsdale – one showing that the debt buyer bought the defendant’s specific debt.