Americans are paying the highest healthcare costs in the world. Despite this, millions are hit with surprise medical bills from their insurance, doctors, and/or hospitals each year.

It’s estimated that approximately 30 percent of individuals covered by private health insurance also received an unexpected medical bill in the past year alone. That doesn’t even account for the almost 28 million Americans not covered by insurance who are likely to receive even more medical bills. 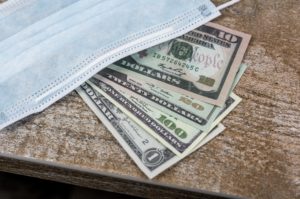 In December of 2019, Peter Holland of the Holland Law Firm was featured guest on the nationally syndicated TV show The Doctors to discuss this issue. Let’s look at this a bit closer.

In a segment called “Money V$ Medicine,” Peter discussed how surprise medical bills not only take advantage of people at their most stressful and vulnerable times (when they’re sick or injured), but also that they’re increasing at alarming rates around the country.

Peter explains, “medical debt is different; it is not like other debt. Out of nowhere you can have a medical emergency and you don’t have a choice in the cost of services.”

According to a 2017 Federal Reserve Board study, four in ten Americans couldn’t cover a $400 emergency. Medical debt, particularly surprise medical bills, can be devastating for a family. Hospital lawsuits over these medical bills are also becoming more common, even leading to the potential for bankruptcy or a medical debt body attachment warrant for your arrest.

Learn more about surprise medical bills in the video segment here as well as the Holland Law Firm Newsletter here.

Need help with your own medical debt? Receive a surprise medical bill in the mail? Don’t give up. Give us a call.

You can also sign up for our newsletter here to stay up to date on Maryland consumer law news, information, and guidance.