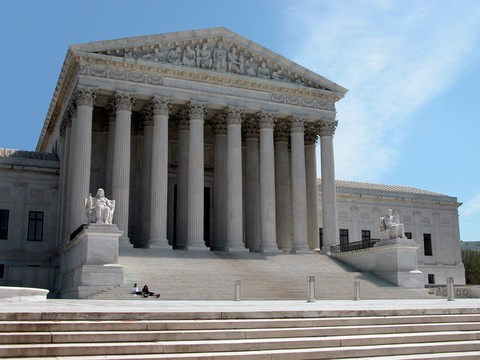 In addition to filing cases on behalf of individuals, we also file class actions in all of our practice areas, in which we seek to represent not just a single person who has been harmed, but a group of people who have all suffered similar harms. For example, one such group would be everyone who was sued by an unlicensed debt collector, or everyone whose name was included on an illegally-published list of debtors.

What is a Class Action?

While the law of class actions has developed a mystique and aura of inscrutability, the concept and basic requirements are really quite simple. The idea is that one trial of a huge “class” of people is simpler, faster, and cheaper than lots of “individual” trials when the issues are the same and the damages are similar and easily calculated. Consumer class actions are an effective way to attack widespread and uniform illegal business practices, where there are lots of victims (“numerosity”), where there are similar issues of law or fact (“commonality”), where the claims and defenses are all fairly identical (“typicality”), and where one or more “class representative” plaintiffs and their lawyers will adequately protect the interests of the entire class of consumers (“adequacy”). The simple concept of the class action is set forth in the words of both the federal and the Maryland rules governing class actions. Under both Rules 23(a) of the Federal Rules of Civil Procedure, and 2-131 of the Maryland Rules of Civil Procedure, there are four “Prerequisites to a Class Action”:

More recently, congress passed the “Class Action Fairness Act of 2005.” The intent and effect of this law is to make it much more likely that any class action worth more than $5 million will end up in federal court. There is a common criticism that consumer class actions deal only with small overcharges, or that they result only in “coupon settlements” where the lawyers get rich and the victims get little of value. While there certainly has been abuse, there is also great good that can come to consumers from class actions. In one Maryland car repossession class action, some consumers obtained a waiver of the deficiency balance (the amount still owed after the repossession sale) and a refund of up to several thousand dollars. In the foreclosure rescue scam arena, one Maryland class action was filed on behalf of victims who have lost as much as $100,000 or more. Even in the case of smaller claims, if consumers are allowed to aggregate their claims in a class action, then competent legal counsel can be retained to try to end illegal business practices.

What is the Procedure for a Class Action?

Class actions begin the same way as other cases: one or more people file a lawsuit. The lawsuit must explain that the plaintiff thinks it should be a class action, and why. The lawsuit must explain how the plaintiff thinks the case meets the requirements for a class action. The case will proceed like any other case until the plaintiff asks the court to “certify” the case as a Class Action. The court will review the arguments of the plaintiff and the defendant and decide whether the case is a proper case for a class action, and whether the plaintiff and his or her lawyers are suitable representatives for the class. If a class is certify, members will be told about the class through a “Class Notice”. If a case is settled as a class action, Class Members will also get a “Class Notice” that explains the terms of the settlement. The court must review and approved any proposed settlement in a class action – to make sure that the plaintiff and his or her lawyers have got a good deal for everyone, not just themselves. Class Members always have the option of “opting out” or “excluding” themselves from the class. Members might do this if they want to sue independently or if they think that the settlement proposed is not good for them. Class Members can also object to a proposed settlement. If there is no settlement, the class action can proceed to trial, just like any other case, and result in a judgment. If there is a trial, all class members are bound by the outcome.

I Received A Class Notice, What Should I Do?

If you have received a Class Notice, you should read it carefully. If, after reading it, you still aren’t sure what it means or if you have any questions about it, you should call the lawyers named as Class Counsel in the Notice or go to the website set up for the class action. If the notice proposes a settlement, but want to sue on your own, you should consult a lawyer to evaluate your case. Be careful to note any deadlines in the Class Notice. If you miss those deadlines you may be bound by a settlement you don’t think is good and lose your right to sue on your own.